Smoking is an addiction that can be hard to kick, especially if you’ve been doing it for several years.

You may have tried a laundry list of intervention techniques with varying degrees of success but I’m here to urge you to try one of these 5 awesome essential oils for quitting smoking.

If you or someone you know is trying to overcome their smoking habits, essential oils can help by directly curbing the actual cravings and/or alleviating root causes such as stress or nervousness. 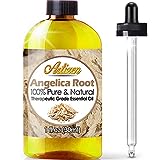 Lavender Essential Oil
While lavender oil helps to reduce cravings, it's also great for coping with smoking triggers and withdrawal symptoms such as stress and anxiety respectively.
$28.00
Buy on Pure Path

Black pepper essential oil is perhaps the best oil to try for a long time, stubborn smoker because it is excellent at reducing nicotine cravings.

In a study by the Nicotine Research Lab at VA Medical Center in Durham, NC, black pepper oil significantly reduced craving for cigarettes in people that had recently been deprived of smoking.

Of the 48 smokers participating in the study, one third puffed on a device that delivered vapors of black pepper oil. The second third was assigned to puff on a mint/menthol cartridge device and the final third used a device which consisted only of an empty cartridge.

The study concluded that black pepper oil constituents may be an effective treatment for the cessation of smoking cigarettes (1).

Another study was also conducted by researchers at Panola College in Texas. The study group consisted of regular/daily nicotine users from different walks of life who were instructed to pour one drop of black pepper or angelica essential oil (more on the latter in the next item) on a piece of tissue and inhale when they were craving nicotine.

Inhaling the black pepper oil reduced nicotine cravings and allowed volunteers to stay away from it for longer (2).

Volunteers who inhaled this oil were not only able to reduce the severity of cravings but stay away from nicotine for longer.

While both black pepper and angelica reduced nicotine cravings and allowed participants to stay away from it for longer, black pepper had a stronger impact on cravings while angelica allowed a longer delay so you can create a truly potent blend by mixing the two.

Angelica gigas, or Korean Angelica is a species of Angelica that has traditionally been used to lower inflammation, improve stagnated blood flow, and to treat a variety of gynecological conditions but a study done by researchers at Daegu Haany University in Korea found that its essential oil significantly suppressed nicotine sensitization, lending support to the Panola College study mentioned previously.

This conclusion indicates Angelica Gigas as a possible treatment for the addiction of nicotine because it controls and regulates the release of dopamine in the brain (3).

Lavender essential oil is a calming oil that has been proven by numerous studies to be a viable treatment option for relieving stress and anxiety.

It is also one of the most popular essential oils because of the vast number of applications it has for individuals battling different conditions.

For smokers, it may not only help with quitting smoking but it can also alleviate many of the associated triggers (stress, anger, nervousness etc) as well as withdrawal symptoms (anxiety, restlessness etc).

In a Korean study, it was found that self-hand massage using lavender essential oil significantly reduced nicotine cravings, the number of cigarettes smoked, anxiety and other withdrawal symptoms. (4)

In a separate study by researchers at Chulalongkorn University in Thailand, it was found that inhalant cravings may be significantly reduced by inhaling lavender oil (5).

Now, inhalant cravings are slightly different from nicotine cravings but it just goes to show the versatility of lavender oil – both it’s application methods and the scope of its ability.

Try both the inhalation and hand self-massage method and see which works best for you.

Roman Chamomile is very similar to lavender in its ability to relieve stress and anxiety.

In fact, in the Korean study mentioned previously, volunteers were also instructed to use Roman chamomile for their hand massage and similar results were generated (4).

The essential oil from Thyme may also be effective at treating respiratory conditions.

Because smoking can damage the respiratory tract, thyme oil may be of great use for someone looking to repair the damage done to their body by smoking cigarettes daily.

Furthermore, thyme essential oil may be of use to someone quitting smoking because it eases signs of stress, anxiety, restlessness, and insomnia.

There are many essential oils out there for the natural treatment of a variety of health conditions.

They help individuals looking to quit smoking in a variety of ways such as reducing cravings, withdrawal symptoms and even reversing the physical damage caused by the nicotine.

When looking to directly reduce cravings, black pepper and angelica essential oil are by far the most effective, confirmed by personal testimonies as well as published studies (see sources at the bottom).

You can't go wrong with either, however, creating a blend of the two may provide a more powerful and lasting suppression of cravings because they each have their own strengths.

Overcoming any addiction can be difficult, but utilizing essential oils to improve one’s mood and overall sense of health may be very helpful when quitting smoking.

As with anything, following up with a naturopath or licensed medical professional is advised to ensure that you are on the road to becoming truly smoke-free.

Many smokers have used multiple approaches to overcome smoking habits. You may need to do the same.