Hair loss is defined as losing more hair than the body replaces. Most people actually shed about 100 hairs a day – but the same amount of new hair is growing in.

Hair loss has multiple causes. The most common cause is a hereditary condition called male-pattern baldness or female-pattern baldness. The patient begins losing their hair in a characteristic and predictable pattern; men, for example, develop a receding hairline along with a bald spot.

Various medical conditions such as lupus, diabetes, or thyroid disorders can cause hair loss, as can the hormonal changes that are associated with menopause or pregnancy. Infections affecting the scalp like ringworm can also cause hair loss.

Hair loss can also be caused by radiation therapy or chemotherapy. Medications that can cause hair loss include those for depression, gout, cancer, and high blood pressure.

Essential oils have been used to treat a variety of conditions for centuries. They are quite potent and should thus be diluted with a carrier oil to reduce the risk of skin irritation and other ill effects. Carrier oils are vegetable oils made from a plant’s nuts, seeds, or kernels. Common examples of carrier oils include coconut oil, olive oil, jojoba oil, and grapeseed oil.

Essential oils can help hair loss; some of them, for example, can stimulate hair growth. Consider the following examples:

Lavender Essential Oil
Lavandula Angustifolia Cherished for over centuries, lavender essential oil is renowned for its unmistakable aroma as well as myriad benefits. With topical, internal and aromatic applications, the oil definitely has a lot to bring on the table. Applications: Aromatic, Topical, Internal
$28.00
Buy on Pure Path

Thyme Essential Oil
Thymus vulgaris Recognized  for centuries for its purifying properties, thyme has many uses beyond the kitchen. Use it in numerous ways to cleanse all parts of your life. Applications: Aromatic, Topical, Internal
$36.67
Buy on Pure Path

Clary Sage Essential Oil
Salvia sclarea Clary sage essential oil has numerous health benefits for the mind and body. The floral scent of this oil can calm the mind, and topical applications can improve the look of hair, skin, and nails.* Applications: Aromatic Topical Internal
$48.67
Buy on Pure Path 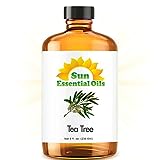 Tea Tree Essential Oil
GET 15 TIMES MORE RESULTS THAN WITH STANDARD NON-PURE OILS - With superior sourced and harvested ingredients and no dangerous alcohol or chemical additives found in most other oils, our oils are by far the most effective on the market.
from $4.99
Check on Amazon

Peppermint Essential Oil
Mentha piperita Peppermint is one of the world’s oldest medicinal herbs, and we are learning more every day about all of the amazing things that this oil can do!* Applications: Aromatic, Topical, Internal
$27.33
Buy on Pure Path

Rosemary Essential Oil
Rosmarinus Officinalis Being amongst the most aromatic essential oils on the market, Rosemary is a constant participant in almost all sorts of aromatherapy sessions. It also brings a lot of other benefits. Applications: Aromatic, Topical, Internal
$18.67
Buy on Pure Path

Lavender oil can make hair grow more quickly. It also has antibacterial and antimicrobial properties that can improve the health of the scalp.

In 2016, the science journal “Toxicological Research” described a study in which researchers studied the effects of different substances, including lavender oil, on hair growth in mice.(1)

The researchers shaved the backs of the mice and applied a treatment like lavender oil or minoxidil to the shaved area over a four-week period. They found that the mice treated with lavender oil showed an increased number of hair follicles, thicker skin, and deeper hair follicles.

Cedarwood oil has antibacterial and antifungal properties that make it an effective treatment for various conditions that cause hair loss or dandruff. It is also believed to balance the scalp’s oil-producing glands and thus reduce hair loss and stimulate hair growth.

In 1998, researchers successfully used a mixture of cedarwood oil, lavender oil, rosemary oil, and thyme oil to treat patients with alopecia areata, a disorder of the immune system that generally runs in families.

In the most common and least severe form, the patient develops coin-shaped bald patches on their scalp. The researchers monitored the volunteers for seven months and saw marked improvement in many of them; one wholly bald patient actually grew a full head of hair.

The researchers used the following formula to treat their patients:

The volunteers were told to massage the mixture into their scalp for at least two minutes and then wrap a warm towel about their head to increase absorption.

Cedarwood oil can also be used by itself. Mix several drops with two tablespoons of a carrier oil. Massage it into the scalp and leave it for at least ten minutes. Then wash it out.

Thyme oil can prevent hair loss and promote hair growth by stimulating the scalp. It is also one of the essential oils used in the aforementioned 1998 study that found it could be used to treat alopecia areata when combined with cedarwood oil, lavender oil, and rosemary oil.

Thyme oil is quite strong and should be used carefully. One hair loss treatment uses the following formula:

Massage the oil into the scalp and leave it for ten minutes. Then wash it out.

The “Asian Pacific Journal of Tropical Biomedicine” described a 2015 review in which scientists compiled the literature describing the attributes of different essential oils. Clary sage oil, for example, contains linalyl acetate, which is also found in lavender oil. Thus, like lavender oil, clary sage oil can both strengthen hair and make it grow more quickly.

There are a couple of different ways to use clary sage oil:

Tea tree oil is a potent cleanser with antimicrobial and antibacterial properties. It can stimulate hair growth and unblock hair follicles. The science journal “Drug Design, Development, and Therapy” described a 2013 study in which researchers tested a mixture of tea tree oil and minoxidil on volunteers with male-pattern baldness.(2)

Minoxidil, which is sometimes sold under the brand name of Rogaine, is a medication used to treat hair loss. The researchers found that the combination of tea tree oil and minoxidil was an even more effective treatment than minoxidil alone was.

There are a couple of ways to use tea tree oil:

Use the mix every day. Alternatively, use the following formula:

Massage the mixture into the scalp. Let it sit for 15 minutes and then wash it out.

Ylang ylang oil can improve hair health by stimulating the production of oil and sebum. It thus strengthens hair and makes it less prone to breaking. Ylang ylang oil can help people with brittle and dry hair, but it isn’t recommended for people who have oily hair or skin.

Use the following formula for ylang ylang oil:

Massage the mixture into your scalp and wrap a warm towel about your head. Let it sit for half an hour and then wash it out.

Peppermint oil stimulates hair growth by increasing the circulation, and it causes a cool and tingling sensation.

The science journal “Toxicological Research” published a 2014 study in which researchers investigated the effects of peppermint oil on hair growth in mice. The researchers shaved the backs of some mice and applied different treatments, including peppermint oil, to the shaved areas.(3)

Massage the mixture into your scalp and let it sit for at least ten minutes. Then wash it out with a shampoo.

Rosemary oil both stimulates hair growth and increases the thickness of hair. The science journal “SkinMED” described a study in which researchers compared the effectiveness of rosemary oil to that of minoxidil.(4)

During a six-month-long trial, scientists treated volunteers with male-pattern baldness with either rosemary oil or minoxidil. Not only did the rosemary oil work as well as the minoxidil, it also caused less scalp itching.

To use rosemary oil, combine:

Massage the mixture into your scalp and let it sit for at least ten minutes before washing it out. Use the treatment twice a week.

Essential oils can be combined in various ways to increase their effectiveness. Consider the following examples:

Gently swirl or stir the mixture in a soap dispenser; shaking the bottle will produce a lot of bubbles. Use the mixture in place of a conventional shampoo to encourage hair growth.

Massage the mixture into your scalp and cover it with a shower cap. Wash the mixture off in the morning.

As can be seen, essential oils can help people suffering from hair loss. The main risk in using essential oil is that they can irritate the skin and even cause allergic reactions in some people. Since essential oils are powerful, they should always be mixed with a carrier oil like jojoba oil or coconut oil to reduce the risk of skin irritation.

Similarly, if you have never used an essential oil before, you should test it on a small patch of skin and check for signs of irritation or allergic reaction. Sign of irritation include redness, tingling, burning, or other discomforts, or an inflammation of the skin called contact dermatitis that can cause blisters, itching, or a rash. Signs of an allergic reaction can include trouble breathing, a swollen tongue, severe contact dermatitis, rashes with blisters, or a constriction of the throat.

My gift to you! It's a downloadable PDF for your fridge, purse, or bag!